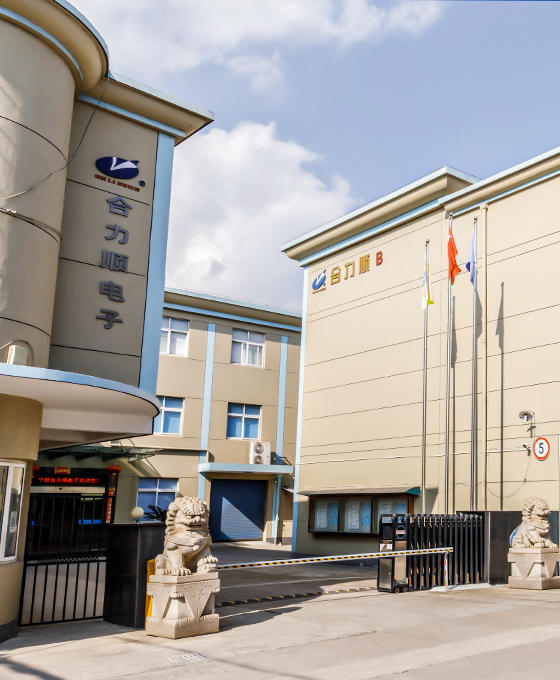 A manufacturer specialized in manufacturing, researching and developing relays.

Ningbo Helishun Electron Co.,Ltd. is founded in 2000, cover 8800 square meters. It is specialized in researching ,developing and producing relay. As OEM/ODM Power Relay Manufacturers and Wholesale PCB Relay Factory, the company introduced advanced technology and had built up dependable

quality managing system.It has passed ISO9001: 2015 quality system certification. The characteristics and mounting layout of the products are kept accordant with foreign congeners.The company's products have gained the certificates of UL,TüV,CE and CQC, and comply with EU requirement of RoHS.It is a priority to replace similar products choice. "HELISHUN" relays are well sold in home and abroad market, and are widely used in household electrical appliance, telecommunication, automation control, automobile, instrument and meters.Our company has many high-quality products for customers to choose from, such as HLS-4078, HLS6-23F, HLS6-4100H, etc., not only the quality can be guaranteed, but also a series of after-sales services are provided. You can contact our relevant staff. Warmly welcome customers from home and abroad to visit our company as well as the partners of OEM and ODM to have extensive cooperation.

We show you some of our certificates we have obtained here.

How PCB power relays work.
A PCB power relay is an electrical component that is used to control a high-power circuit with a low-power signal. It consists of a coil of wire, a movable iron core, and one or more sets of contacts. When the coil is energized, it creates a magnetic field that moves the iron core, causing the contacts to close and allowing electrical current to flow through the circuit. This magnetic field can then be used to move an iron core or armature, which is typically connected to a set of contact points. The movement of the iron core activates the contact points, allowing electricity to flow through the relay to a load or circuit. The PCB power relay acts as a switch, allowing the control of a circuit by a low-power signal or a switch, while isolating the controlling circuit from the load circuit.
Wide application of PCB power relays.
PCB power relays are widely used to control large electrical loads in a variety of applications, including industrial control systems, automotive systems, and home appliances. They are a type of electrical relay that is designed to be mounted on a printed circuit board (PCB), which is a type of electronic circuit board that is used to mechanically support and electrically connect electronic components using conductive tracks, pads, and other features etched from copper sheets. Power relays are typically used to control high-voltage or high-current circuits with a low-voltage control signal, and they can be used to switch a variety of loads, including motors, lighting, heaters, and other electrical devices.
Manufacturing process of PCB power relays.
Printed circuit board (PCB) power relays are electronic components that are used to control a high-power electrical circuit by switching it on or off remotely. The manufacturing process for PCB power relays involves several steps, including:Designing the PCB layout: This involves creating a detailed plan for the layout of the PCB, including the placement of the various components and the routing of the electrical connections between them.Fabricating the PCB: This involves creating the physical PCB using a process called photolithography, in which a layer of photosensitive material is coated onto a copper-clad PCB substrate, and a pattern is etched onto the surface using light and chemical etchants.Assembling the PCB: This involves placing the various components onto the PCB and soldering them in place. The components may include the relay itself, as well as other electronic components such as resistors, capacitors, and integrated circuits.Testing the PCB: Once the PCB has been assembled, it is tested to ensure that it is functioning properly. This may involve running a series of electrical tests to verify that the circuit is functioning as intended.Packaging the PCB: The final step in the manufacturing process is to package the PCB into a housing or enclosure, which helps to protect it from physical damage and environmental factors such as moisture and dust.
Advantages of PCB power relays.
PCB power relays have several advantages.PCB power relays are designed to be mounted on a printed circuit board, which makes them much smaller in size than other types of relays. This makes them ideal for use in compact devices and systems where space is at a premium.PCB power relays are relatively inexpensive to manufacture, making them an economical choice for many applications.PCB power relays are capable of switching high power loads, making them suitable for use in a wide range of applications and have a low failure rate, making them suitable for use in mission-critical systems.